sometimes I hate being an introvert.
I hate keeping so many things on my mind alone.
I hate being quite and prefer do not talk than tell others about what I feel.
I hate looking fine when I am not.
That's why I love my friends.
They are always cheer me up eventhough they do not know they do that.
That's why I like being around.
People can make me smile.
That's why I pray on the night like this..
It's remind me, what a friend I have in Jesus.
That's why I can be still..
- July 30, 2011 No comments:

Lyric:
"Jesus, I know You listen everytime I speak to You.
Jesus, I know You understand and care about what I feel.
I believe in You. Teach me to be still.
To be still on Your way is all I need.
Jesus, I just want You to be here with me
Jesus, I just want You...
Uuuu... I always need You, Jesus... Uuuu.. Well, I just want You, Jesus."
Pujian ini ku tulis saat seorang diri di rumah yang begitu besar.
Mama Papa Kaleb sedang di pesawat menuju Bogor dari Jambi.
Kk sedang di gereja.
Lindungi mereka Tuhan.
Engkau di sini bersamaku dan tau isi hatiku.
- July 24, 2011 No comments: 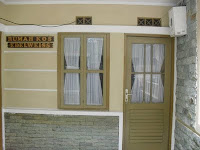 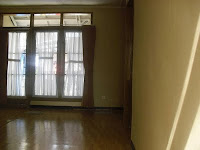 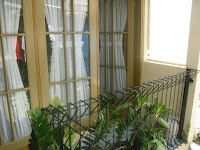 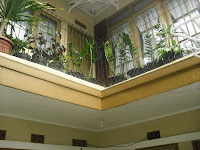 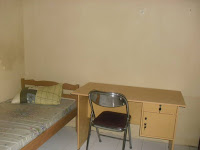 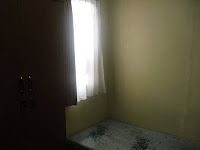 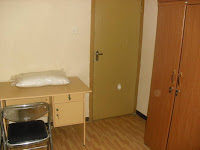 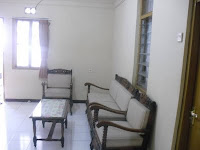 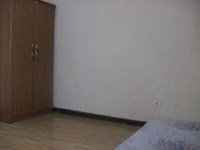 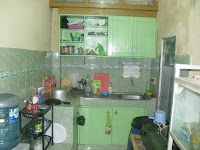 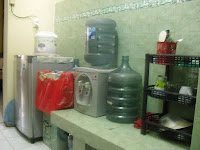 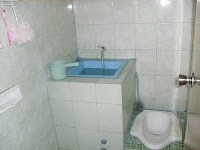 Hello again..
I will continue my story about my holiday in Batu last week.
First day in the Monday Morning, I woke up and automatically fear about something.
I scared to take a shower.. It because the water was so glacial.
So I let my brother took a shower first. I planned to ask him if the water safe or no.
After he took a shower, I asked him. He said the water was safe for him.
yeahh.. finally I took a shower and thank God everything is okay (although it is really cold).
We (Me, brother, dad, aunt, uncle, and uncle's friend) had breakfast there.
After that, we all joined at kebaktian dewasa. Just a few second, my brother told me to find youth gathering. He felt he is too young to joined at kebaktian dewasa. After argued for a while, we decided to look for youth gathering.
okay, we found it (with some efforts).
we filled the presence list and I saw some names and their birthdays. I just shocked
and I spoke to my self: "First, I have no idea about this event. And now I'm the only aged 21..."
There was a man aged 22.. but just only one.
That was not "youth" event, that was teeneger event. :(
"everything is okay. all you have to do is sitting, quite, listening. that's it." again, I spoke to my self.
yeah. I did it.
But the MC wants to break the croweded to be 8 groups. It means I would be separate with my brother. no problem. At least I would have some new friends there.
After few moments, I had got an idea about this event.
Kebaktian Tahunan Nasional
Kebaktian = A church service from YPPII (Yayasan Pelayanan Perkabaran Injil Indonesia),
Tahunan = once a year,
Nasional = attended by all ethnic groups in Indonesia.

some new friends there :)
I just like dreaming. This is the first time I saw people from all over the island in Indonesia.
From Sumatra, Java, Borneo, Sulawesi, NTT, even Papua.
WOW... For me that was so beautiful. God is very cool.. He can creates unique people. I can see the glory of God when I saw them.
I met a boyband (four man, they siblings, in a music group) named ABODA.
They were very impressive.
You must see their profile:
http://www.facebook.com/aboda.music
I went through section by section.. That was not so bad. I had got new information, adventure, friends, etc. And on Tuesday there was some girls who aged 20 and 21. wahhahahahaa.. I'm so happy. We (me and my youth friends) went to Alun-Alun Kota Batu at night by angkot and went back to location by walked. So tired but that was so nice. 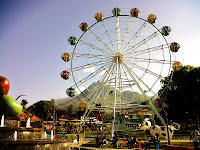 Alun-alun at afternoon
The event was from Monday to Friday. On Wednesday, Choky Sitohang would come but at that day I must GO HOME. It because I must teach piano lesson on Saturday. :'(
Even though I just a few days on Batu, I have so many memories there.
Thank God.
- July 12, 2011 No comments:

On the sixth semester's holidays, I plan to go to Medan and have adventure there. But the plan was dashed when dad and mom had a discussion about my plans. They were worried because I did not design it in detail what I would do there. They do not want my vacation will be wasted.
Daddy suggested to go to Batu-Malang with Bi Uda and Kila. They said there is a Kebaktian Tahunan Nasional there. With a variety of considerations, I finally approved the plan.

We went to the Batu by car for two days. I had so much feeling.
The first: muscle aches (of course). The second: I feel very happy. Seems a semester that is passed by blood sweat pays off by cool breeze that caressed my face.

The air there was very different in Bogor, Jakarta, Bandung, or even Puncak. Scenery to getting there was also very beautiful. Rice fields, mountains, clouds, and other natural scenery ones. 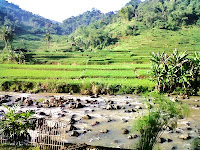 In the half way, we stayed at the Ibis hotel.
It had a comfortable service. The officer was kind and friendly. The most important one was the very delicious breakfast. There was Kila's friend who paid full of all fees for our lodging. I felt very lucky. 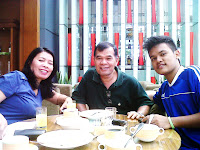 After through a rough season of life - valley of darkness - I feel relief and can breath again.  I met someone a couple year ago. He seemed...

cyevs
"God is driving my life. I will be saved. I should not worry"